Harar, and known to its inhabitants as Gēy, is a walled city in eastern Ethiopia. It was formerly the capital of Hararghe and now the capital of the modern Harari Region of Ethiopia. The city is located on a hilltop in the eastern extension of the Ethiopian Highlands, about five hundred kilometers from Addis Ababa at an elevation of 1,885 meters. Based on figures from the Central Statistical Agency in 2005, Harar had an estimated total population of 122,000, of whom 60,000 were males and 62,000 were females.[3] According to the census of 1994, on which this estimate is based, the city had a population of 76,378.

For centuries, Harar has been a major commercial centre, linked by the trade routes with the rest of Ethiopia, the entire Horn of Africa, the Arabian Peninsula, and, through its ports, the outside world. Harar Jugol, the old walled city, was listed as a World Heritage Site in 2006 by UNESCO in recognition of its cultural heritage. It is sometimes known in Arabic as مدينة الأَوْلِيَاء “the City of Saints”. According to UNESCO, it is “considered ‘the fourth holy city’ of Islam” with 110 mosques, three of which date from the 10th century and 102 shrines.

Harar is a great area to fly over. Because of the early meeting time (05.30 AM) we recommend to combine your balloon flight with as stay at the Ras Hotel. 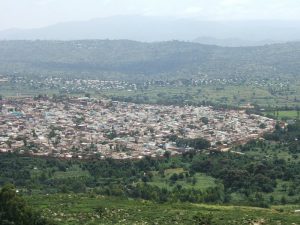 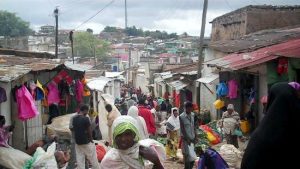