Comprising eleven churches and two chapels, Ethiopia’s labyrinthine ‘New Jerusalem’, excavated by King Lalibela in the 12th century and still in active use today, has been dubbed the “Eighth Wonder of the World”. Hand-carved into the rock flake by painstaking flake, a process that would have required around 40,000 man-years to complete, Lalibela represents the apex of an Ethiopian church-excavating tradition that dates to the arrival of Christianity circa 350 AD.

Lalibela is a stunning area to fly over. Because of the early meeting time (05.30 AM) we recommend to combine your balloon flight with as stay at the beautiful Lal Hotel Lalibela or Lalibela Hotel.

In Lalibela we organize private flights and schedule combined flights. 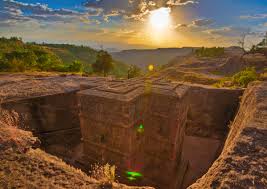 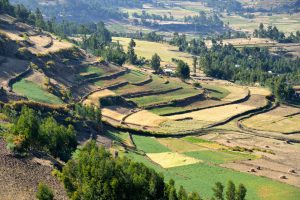